Opening the Eye is a research found in the Eldritch tab which becomes available for research after receiving the Eldritch Revelation, along with being a ritual which can be performed. The research itself details not only the Ritual, but also allows for one to create Eldritch Eyes, a rare item dropped by Eldritch Guardians that are needed to perform the Ritual. The Ritual itself allows for one to travel to the Outer Lands, a dangerous realm that is equally as ripe for opportunity as it is fraught with danger. The Ritual of Opening the Eye is performed at any Eldritch Obelisk by simply placing 4 Eyes into the central pedestal and infusing the pedestal with 500 of the 6 Primal Aspects, via any sufficient Wand, Staff or Scepter. Once this is done, a portal to the Outer Lands will appear. It should be noted, however, that adding Eyes to the Obelisk will increase the spawn rate of Guardians, each Eye increasing it further, even after the portal is open. Because of this, it may be a good idea to either open portals further away from one's home or to otherwise isolate the area around the portals from the areas around it, as to prevent random attacks by Guardians, however trivial these should be at the level the character should have progressed, if they hope to survive the to which they hope to undertake.

Each Obelisk opens its own segment of the Outer Lands, meaning a new Obelisk means a new area to explore. Because of this, it is much more efficient, if not costly, to create Eldritch Eyes as opposed to hunting for them, unless one has a very high level looting weapon. However, the recipe to create them is also included, and is as followed: an Eye of Ender must be Infused with a gold ingot and a Void Seed, along with 16 Motus, Tenebrae and Vacuos and 64 Alienis Essentia. It is classified as having Moderate Instability. 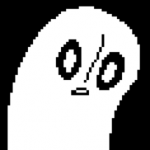